To start, let me tell you how my slow morning routine was born. I’m pretty serious about continually learning new skills. So I’m currently enrolled in a course to help make me a better small business owner. (That’s one of the things they do not teach you as you study to become a religious or spiritual leader.) And right there in the very first video the instructor (who I really like) told us about The Miracle Morning and how great it had been for her. I have a morning routine, I’m a creature of habit after all. And I’m always ready to learn more. Our instructor encouraged us to go check it out. And you know me, any book recommendation is a good book recommendation so I grabbed a copy and started reading…

And in the process I found myself wrestling with just what it means to be successful, and how we get there.

My story starts with success, at least the way Mr. Elrod would describe it. I graduated college with just shy of a 4.0 and started work as an engineer. I bought a brand new car, and three years later I bought my first house. I made more money starting than anyone else I knew. Anyway you measured things: I was successful. I was ticking all the boxes earlier and faster than any generation of my family ever had: making lots of money, my own private office, my own house, a shiny new car. I was miserable.

No matter how it looked on paper, I hated my high pressure job, and the constant fear that I’d make a mistake. Outside of work I spent every spare minute writing poetry, reading books on spirituality and religion, and doing pretty much the opposite of what I did at work. Eventually I gave up the job, the house, and everything else. I moved to the other side of the country with just my cat and what I could fit into my Mini Cooper.

I lived for three years in a 400 square foot cinder block apartment (one room + bathroom) and made less than $10,000 a year while I got my Master’s degree in religion. My clothes all came from the thrift store, my cat ate more expensive food than I did. And I had never been happier. I was out of work, poor as a church mouse, and exactly where I was meant to be.

Pointing In the Right Direction

Over the years I have come up with a new definition of success for myself. It has nothing to do with money, power, or the usual measures. First, let me be clear: I realize that we all need money. I’m not suggesting that having money doesn’t make some things easier. But it didn’t make me happy and I have yet to meet a single person for whom money actually creates lasting happiness. In fact, the happiest people I know tend to have very little. They have enough.

I had learned just how little I actually needed to be happy. Really just a roof over my head, good food in my belly, people I love, and most importantly: a purpose I believe in. The traditional markers of success have almost no connection to my satisfaction with my life and I’m guessing they don’t for most of us, not really. So I came up with a new definition of success. For me success means that I am going in the right direction. Simple as that.

That could mean many things. 10 years ago it meant quitting my “good” job and taking the risk to drive across the country to a totally new city, and do something I was terrified of (go back to school!). It was the best decision I’ve ever made. A few years after that it meant marrying a man I’d met just 9 short months before, and settling down to learn to be married (and taking a part time job), instead of pursuing a “good” career move after graduate school.

A few years after that it meant moving my family to a tiny little Texas city with a bad reputation because I’d fallen in love with a community and believed in the people I would be working with.

Today it means throwing everything I have into this humble little enterprise (you’re reading it). I’ve been told there’s no way to support yourself blogging about spirituality. But here I am, because I believe there is more to our lives than the corporate ladder. (I know, I know, I’m getting to my slow morning routine, stay with me here.)

We talk about being “productive members of society” as if our worth is based on what we produce. Jokes get made about starving artists. And no one seems to find it wrong that some folks can work themselves to death and never afford security and stability for their family, while others inherit more than they could ever need.

And here’s what struck me as I read The Miracle Morning. At one point early in the book Mr. Elrod talks about feeling that his time as a salesman with a certain company is over. He’s learned what he needed to learn, he had won multiple sales awards, and he’s ready to go out and do his own thing. But he doesn’t leave, because he wasn’t the #1 salesman. Someone beat his numbers. He had financial success, he had a great relationship, he had the acclaim of his colleagues but it still wasn’t enough. (And here’s the kicker.) In the book he goes on to explain that he spend the next year working 365 days to be the best. He did it, he was #1 (for whatever that’s worth). And I sat there staring at the text and wondering: at what cost?

As he told this story I found myself thinking: what about his poor partner. He’d supposedly found the partner of his dreams. Where was she while he was working non-stop for some meaningless win? You see success wasn’t enough, it is never enough. (And then the economy tanked, and he lost almost everything and the whole cycle started over.) Success, as it’s defined in our world, isn’t about something inside of us, it’s about an outer marker that keeps getting moved. No matter how far we go, oops, it’s just a little further out there.

My first job out of college I made more money by far than my father ever made. But I was miserable.

My first job out of my graduate program I made less than minimum wage but I was so excited and happy about what I was doing. I was exactly where I wanted to be.

Which one is success?

When I was at my most “successful” I was getting up at 5:30am every day. It didn’t make me happy, or more productive, it made me tired. The United States is sleep deprived, and yet time and again we’re told to sacrifice more and more of the time our bodies need for rest and repair to pursuing “success.” Despite Mr. Elrod’s book, I am done with it. For the last few years I have practiced what I call my “slow morning.” It’s a morning routine, and it sets me up for a great day, but it does not require me to punish my body with sleep deprivation.

Back when I was dragging myself out of bed before 6am in the name of success and career I thought that if left to my own devices I’d sleep until 10:00am and waste half the day. It turns out that’s just what happens when you deprive yourself of enough rest on a daily basis. When I stopped setting an alarm something really interesting happened: I started naturally waking up soon after sunrise. On average that’s about 7am, every morning. (Give or take as the year moves.) I can if I want roll over and get a little more sleep. But I don’t need it. My body has said “I’m rested, we can get up now.”

No blaring alarms, no groggy grumpy mornings that require coffee.

The first component of my slow morning is adequate rest. I have chosen to honor and listen to my body and allow her to get all the rest she needs to be healthy and happy. And that turns out (no surprise to science) to be the roughly 8 hours that is suggested by most sleep research. Imagine not waking to a blaring alarm. Imagine not dreading the morning.

Instead, picture your body coming naturally out of its sleep cycle and waking up without the need for alarms or stimulants. It doesn’t require “motivation” or the right attitude, or training. But it does require that I listen to my body and actually care for her.

I wake up and spend a few minutes snuggled up under the covers cuddling our very insistent cat, reading through my plans for the day, and chatting with my husband (who makes me my one cup of coffee a day, mostly because I love how it tastes). My brain gets to orient itself to the waking world, and I spend the first few minutes of the day reminding myself not to rush. Our morning routines are practice for the rest of our days, so with mine I want to practice being present.

I get up, I take our border collie (otherwise known as a perpetual motion machine) for a long walk. I get showered, and dressed, and feed myself some real food. 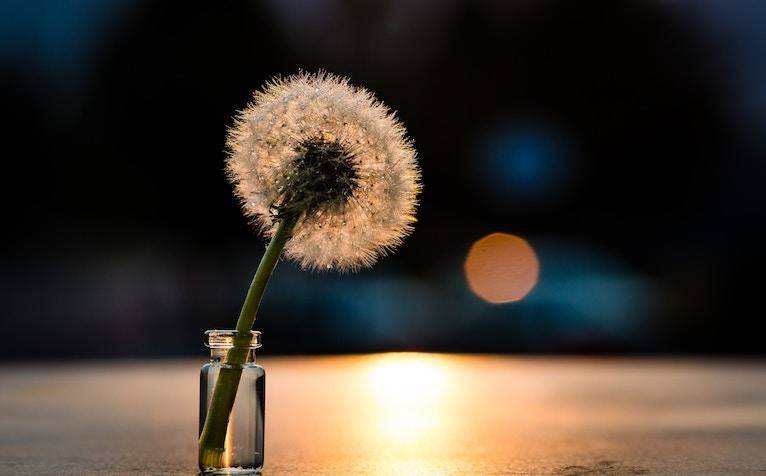 And then I start the rest of my day. That start is almost never later than 8am. By then my body has moved, I’ve fed it, I’ve had my time to plan and be present. Now, my morning pretty much breaks every single thing that Mr. Elrond teaches. I developed my morning routine long before I’d even heard the phrase “miracle morning.” It happened organically and it wasn’t until I read his book that I realized the why behind my very different morning routine. (So listen, I owe the guy some thanks for my ahah moment.)

Mr. Elrond and I are going somewhere very different. If your goal and destination, like his, is material success as described by our current culture I’m going to suggest you go buy his book because it seems to work.

But me, I’m really tired of that game. It isn’t one we can win. No matter how much we “succeed” by that model we’ll still end up feeling like we have to do more. When was the last time you heard about someone making a ton of money, and then quitting to go pursue a passion? Rarely (I can’t think of any in fact), because by the time we’ve “made it” we’re so trained to want the next hit of success we can’t get off the train. Even when we technically don’t need it anymore!

Your own Slow Morning

How do you develop a slow morning routine? There’s no one size fits all pattern here but I do have some good solid guidelines that can get you started.

A morning routine is just one little part of flipping the script on success and reclaiming our lives. But our morning routine sets the tone for our whole day, so think carefully about how you want to spend your morning.

An ordained Episcopal priest who leads a congregation in Bellevue Washington. She has a Master's of Divinity and has spent nearly 25 years as a true spiritual geek.