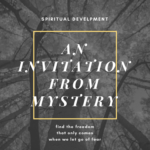 Did you know that the vast majority of American Christians (other religious traditions chime in) have a 3rd grade religious education? It’s true. In some denominations it’s a little better, in some a little worse, but all of them basically leave us with elementary school understandings of our religion that utterly fail to meet the needs of adult human beings in an complicated world.

No wonder we have so many people who on entering the adult world, or being confronted with any information that conflicts with what they’ve been taught chuck the whole thing and give up on religion entirely. It’s basically the only option other than metaphorically clamping yours hands over your ears and chanting “lalalalalalalla.” (Which is basically what literalists and young earth creationists are doing.)

But it doesn’t have to be that way. If you are reading this you are likely an adult, which means you can take charge of your own spiritual and religious education. You can help your inner life grow and flower into full adulthood instead of shriveling away into something that can’t feed or sustain you.

First, human beings have stages of development. That’s a pretty well established fact at this point. Babies are born with certain instincts meant to help them survive, as they become older their brains change and grow and they begin to differentiate from their parents, to recognize themselves as distinct individuals. The growth of a human being is a complicated and long process. The brain doesn’t become fully adult until around 25 years of age, long after we tend to consider someone “adult.” (For more on general stages of human development check out Erikson’s Stages of Development.)

And yet for some reason at 40 we still think of something like the Noah’s Ark story the same way we thought about it as toddlers playing with a wooden set of animals. And that’s damaging and unhelpful.

Enter James Fowler, who in the 80s wrote a book called Stages of Faith which describes the religious (or spiritual) development of a person through various stages of maturity. (Fowler’s stages are simplistic and there has been good critical work done that he oversimplifies much, but it’s a great starting point for our discussion. If you really get geeky about it later there’s lots more to read.)

When we are children we take things very literally. Our brains can’t help it, it’s how they function at that age. But as we grow and mature our brains (marvelous things) become capable of complex and abstract thought, we grow more and more capable of holding multiple seeming conflicting things in our heads at once. We become able to articulate wonder, and mystery. The fact that we do not, and cannot know everything should become less and less threatening as we mature.

But the American Christian establishment has done a piss poor job of helping it’s members grow into adult members of the faith. After all, adults as difficult questions, adults call you on your shit, adults aren’t nearly as easy to lead around by the nose. Whether maliciously or not we have far too often been left with childish faith on purpose.

And yet it is hard

I once sat talking with an educated intelligent woman who was a faithful Christian and had been all her life. We were discussing scripture, I don’t remember which part but I brought up some textual criticism that was about the different traditions that had been woven together into the final text and how it had been edited, and that conflicting viewpoints had been maintained on purpose.

I was trying to introduce some nuance into our discussion but with real fear my conversation partner snapped: “Well if it’s all made up by people then we might as well throw it all away!” Fowler would have said that cry of pushback was coming from stage 2 or 3 of faith development. Very literal, tied to the way authority had taught the story in question. Any variation from that being threatening.

But in stage 4 and stage 5 those sorts of threats instead become interesting possibilities, they open up wild new horizons.

Don’t throw the baby out with the bath water

If you have begun to find your religious beliefs don’t fit it might not be time to throw them away but to mature them. Just because you’ve moved on to calculus doesn’t mean those addition and subtraction tables you did in second grade are junk. But to pretend they are the end of math would be silly. Religious learning is surprisingly like that.

Learning is good for your soul

And here’s the thing: learning is good for you. My horseback riding coach says that when we stop progressing we start regressing. Basically there is not sitting still. If you stop learning, and stop growing you begin to go backward. It’s just as true with your mind and your spirit as it is with your body (or the body of a horse).

There are as many ways to mature and grow in your spiritual life as there are in the rest of your personal growth. You can take classes, you can read books, you can talk to people who are very different than yourself. If you have the opportunity to travel it can be life changing in the ways it exposes you to new places, assumptions, and ways of life. (But many who physically or financially cannot travel have become pilgrims of the world through their reading and intense curiosity.)

We don’t know it all

Perhaps one of the greatest spiritual virtues, and greatest indicators of our maturity is humility. True humility. There’s an old, old story about three bishops who are standing before the altar in a grand cathedral beating their chests and calling out to God who unworthy and humble they are. “I am nothing before you!” they call. When a young server creeps up to the edge of the altar as well, bows his head and sighs “I am nothing.” One bishop elbows the other and laughing says “hey, look who thinks he’s nothing!”

True humility begins with realizing that the world is vast and infinitely complex and that we are very small. We cannot possibly have all the answers, which means that we are wrong about at least some things. And this is freeing.

The freedom of not knowing

What a terrible burden certainty is. And what freedom there is in holding what we know (or think we know) very lightly. What pressure if we must be right all the time. And what relief if we can cheerfully say “I have no idea, but I think I know where to start looking!”

To be certain is to strangle our curiosity, after all it might lead us into the realization that we are wrong and certainty cannot abide that. But real humility is the friend of curiosity. After all, if our curiosity proves we were wrong, well then that’s no big deal because we already knew that we weren’t certain.

The gift of diversity

The freedom of not knowing a thing for certain also frees us to dive headlong into the wildly diverse world that surrounds us. It invites us to sit down to tea with our Muslim neighbor and ask all sorts of questions. It encourages us to visit a Buddhist monastery to learn from life long monks without eyes open and minds wide open.

When people complain about diversity it usually comes from a place of fear. Fear of change, of those who are different. And that’s absolutely understandable at certain stages of human development but it’s something we must learn to grow beyond. The truth is that just because you learn something new, or experience a different way of doing things doesn’t mean you will be forced to do things that way, or that what your knowledge becomes obsolete. We just get more options! And that’s awesome.

I wish I had a simple formula for you, a curriculum. Take course A, read book B, talk to person C: become mature! It doesn’t work that way. Because growing as a whole human being is an adventure and those are all different. But as with all good adventures there are some general guidelines one should follow (like never trust a critter who wants to challenge you to a riddle duel).

One of the key components of spiritual development and maturity is self awareness. And it ain’t easy. A professor in my graduate program once caught us talking (disdainfully) about “fundamentalists” and he cautioned: ‘be careful, we’re all fundamentalist about something, it’s knowing where you line is.’

Yes, I mean everything. There are so many “givens” in our lives and especially in our belief systems. But that doesn’t make them true, or healthy. The things we don’t examine are usually the places where the deepest problems occur. Here’s an example. A while ago, after some hard questions with wise people exposed to me theological blind spots I came up with a “bad theology test.” Basically it goes like this:

If the thing I believe (or am being told) about God/Divine were to be reported on the news as being done by [random person down the street] would that person be obviously a psychopath, abuser, etc? If so: warning, there’s probably some un-examined bad theology going on. It’s surprising how many of the things I was taught as a kid utterly fail this test. Keep questioning.

Here’s a truth for you: nothing is uninterpreted. Not scripture, not history, not anything. The people who told and wrote the stories of our past had their own views, and biases which invariably color the stories passed down to us. And our own context impacts how we interact with everything we encounter.

You cannot read holy scripture, or an account of a historic event without who and when and where you are impacting how you receive that story. It is essential to become adept at being aware of how your context impacts the things you interact with. And to acknowledge the ways translators, editors, and authors have also brought their own stories to the story in question.

Learning and growth are not always easy. Sometimes they tear down all the safe and comfortable truths that you have built your life upon. Sometimes they reveal to you things you really didn’t want to find out about yourself.

Do it anyway beloved. Because you are far too precious to stay stuck. You are the only you who has ever existed, the only one who will ever exist. The Universe only has one chance with you. I truly believe that the One who made all, who is Wisdom Herself is in there with you helping and cajoling and cheering for every new step you take. You aren’t alone, this world is filled with seekers after truth, with wild eyed mystics who are not content with the answers of the past.

As of the writing of this article there are over 100 pieces just on this little corner of the internet for your continued curiosity. I believe at this point the number of books written has exceeded our ability to count.

But if you would like a simple (really) way to keep learning? Sign up for my newsletter below. Twice a month I send an article straight to your inbox. No need to remember to go out and find something to learn about, it comes to you. And if you are looking for fellows on this journey into the wild unknown I invite you to join the Crazy Whole Life Facebook community.

An ordained Episcopal priest who leads a congregation in Bellevue Washington. She has a Master's of Divinity and has spent nearly 25 years as a true spiritual geek.